One of my goals for the Winter of 2021 was to explore more new spots in the White Mountains. I can easily fall into a rut where I return to the same spots over and over again because they’re familiar and reliable. After some scouting around on Instagram, I thought I’d found a new spot in Crawford Notch State Park. I finished a morning skin up Cannon Mountain and then drove over to Crawford Notch to start my hike.

After a few weeks of consistent cold and snowy weather, the trail was packed in and the overhanging tree branches were brushing my head as I tromped up the Mt Willard trail to my first objective. 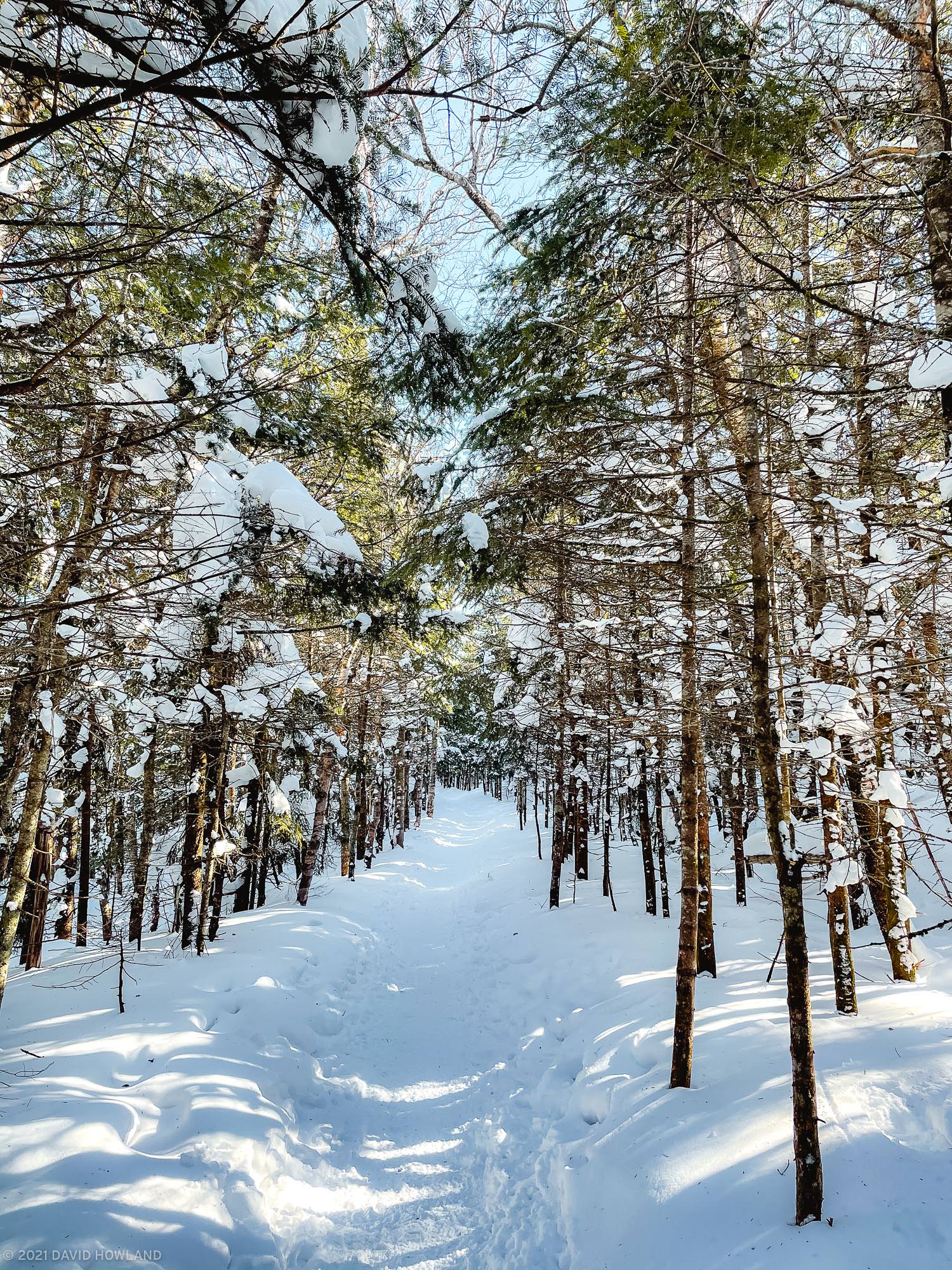 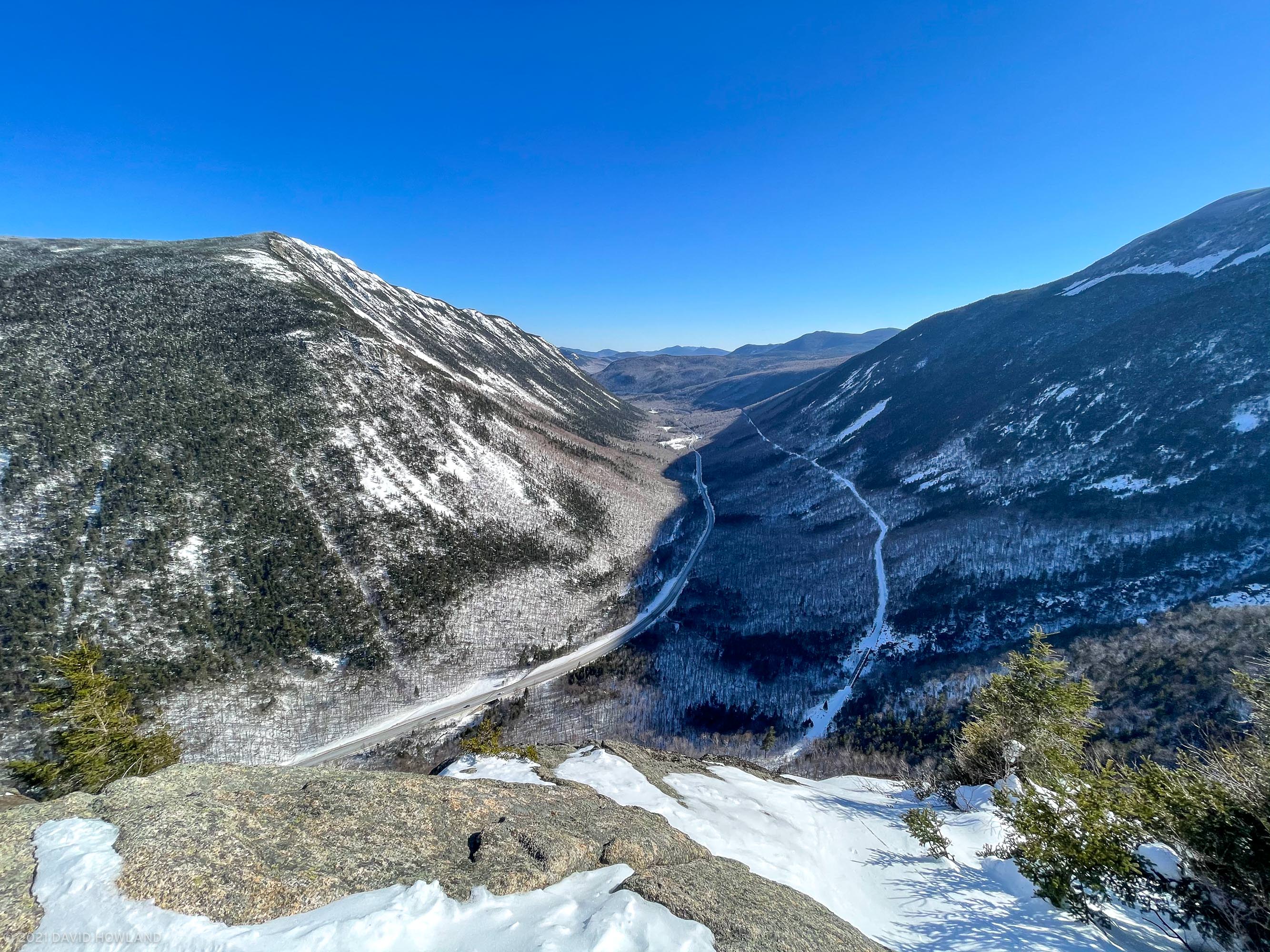 The summit of Mt Willard features a breathtaking vista overlooking the southern end of Crawford Notch. There was not a single cloud in the sky this afternoon and the views of the Mt Webster ridgeline were awesome.

I descended back down the Mt Willard trail, moving quickly as I wasn’t sure how long the next leg of my hike would take me. I backtracked almost all the way back down to the notch floor and then started climbing up the Avalon Trail. Winding my way upwards in between Mt Avalon and Mt Tom, I started to worry that I was going to miss the sunset from the top of Mt Avalon. I changed over to crampons just before the A-Z Trail broke off and kicked my way up one of the steepest sections of trail that I’ve ever hiked. The light at this point was beautiful - slanting in over the mountains through the snow covered trees and lighting up anything with a west-facing surface. 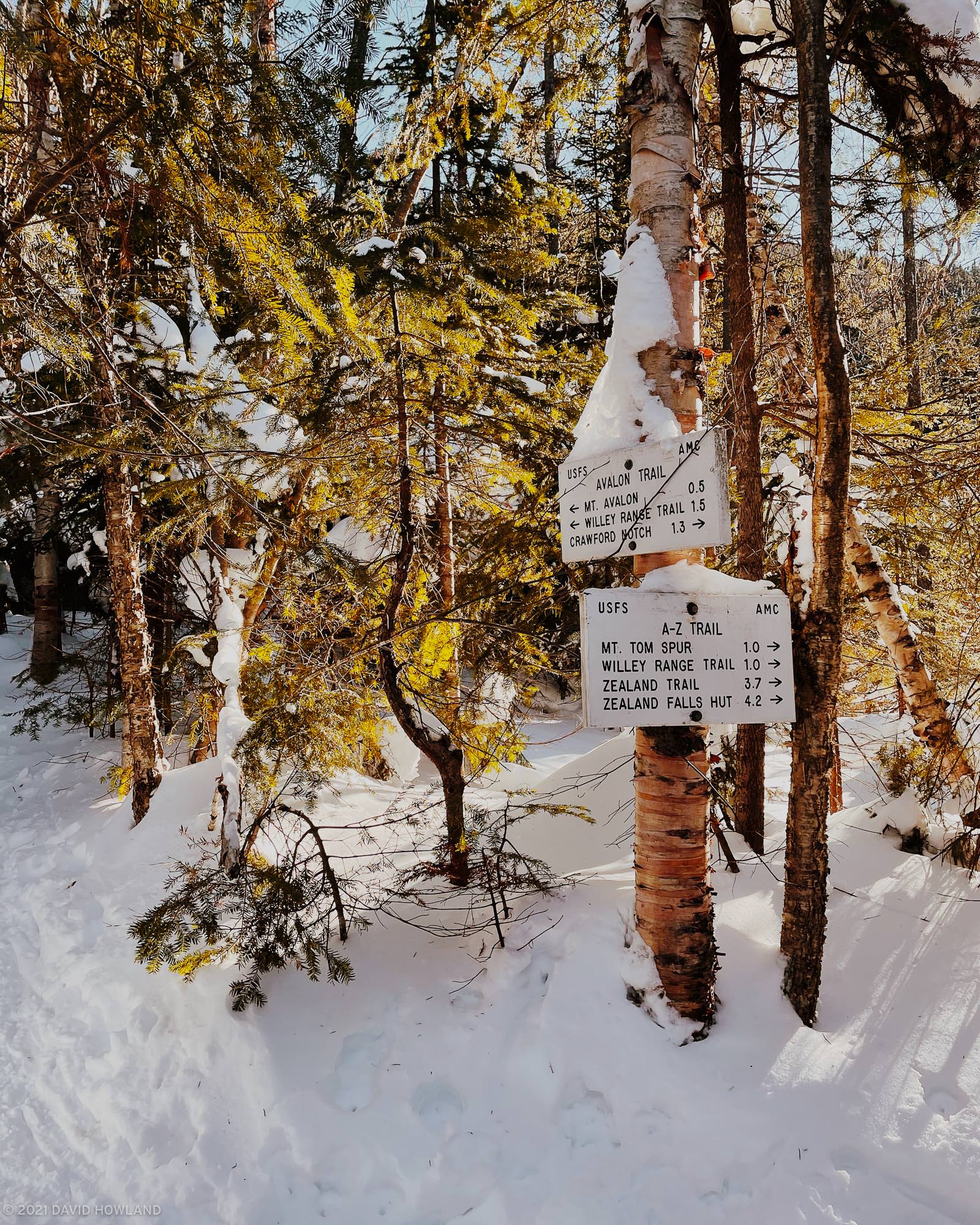 After a third of a mile of kicking steps up the thickly wooded slope, I took the spur trail to the summit of Mt Avalon and rounded the last hilly bend to the summit. I really can’t overstate how difficult this section of trail was in the deep snow. I was out of breath, drenched in sweat, and somehow very early for sunset. 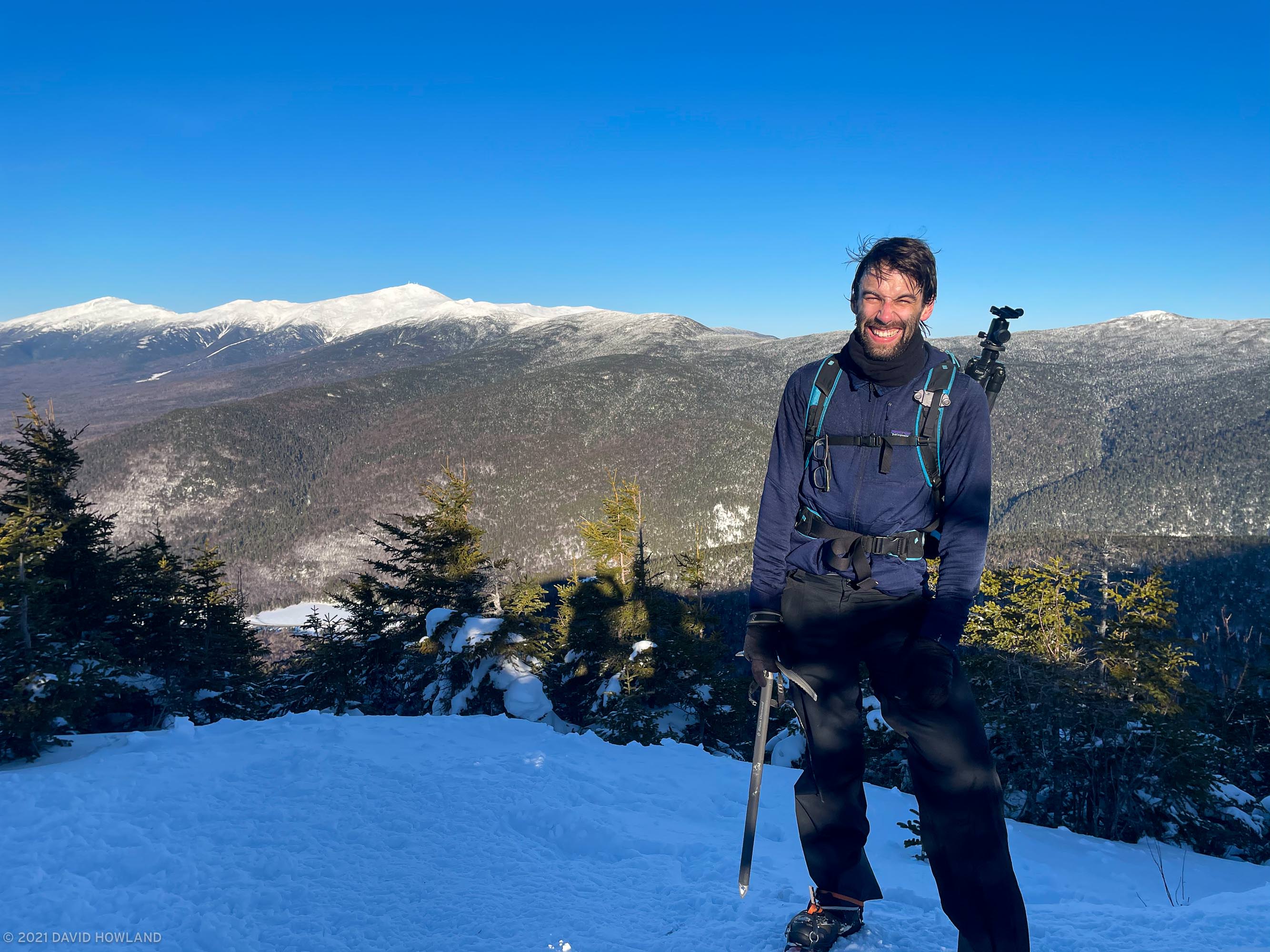 The summit of Mt Avalon commands an uninterrupted view of the Presidential Range, including Mt Washington, Mt Monroe, and Mt Jefferson. At the end of February, the peaks were covered in a blanket of white snow and already starting to catch some of the golden sunlight from the west. I waited out the time until golden hour exploring the summit area. I found an opening with a view towards the south framed by short scrubby trees. 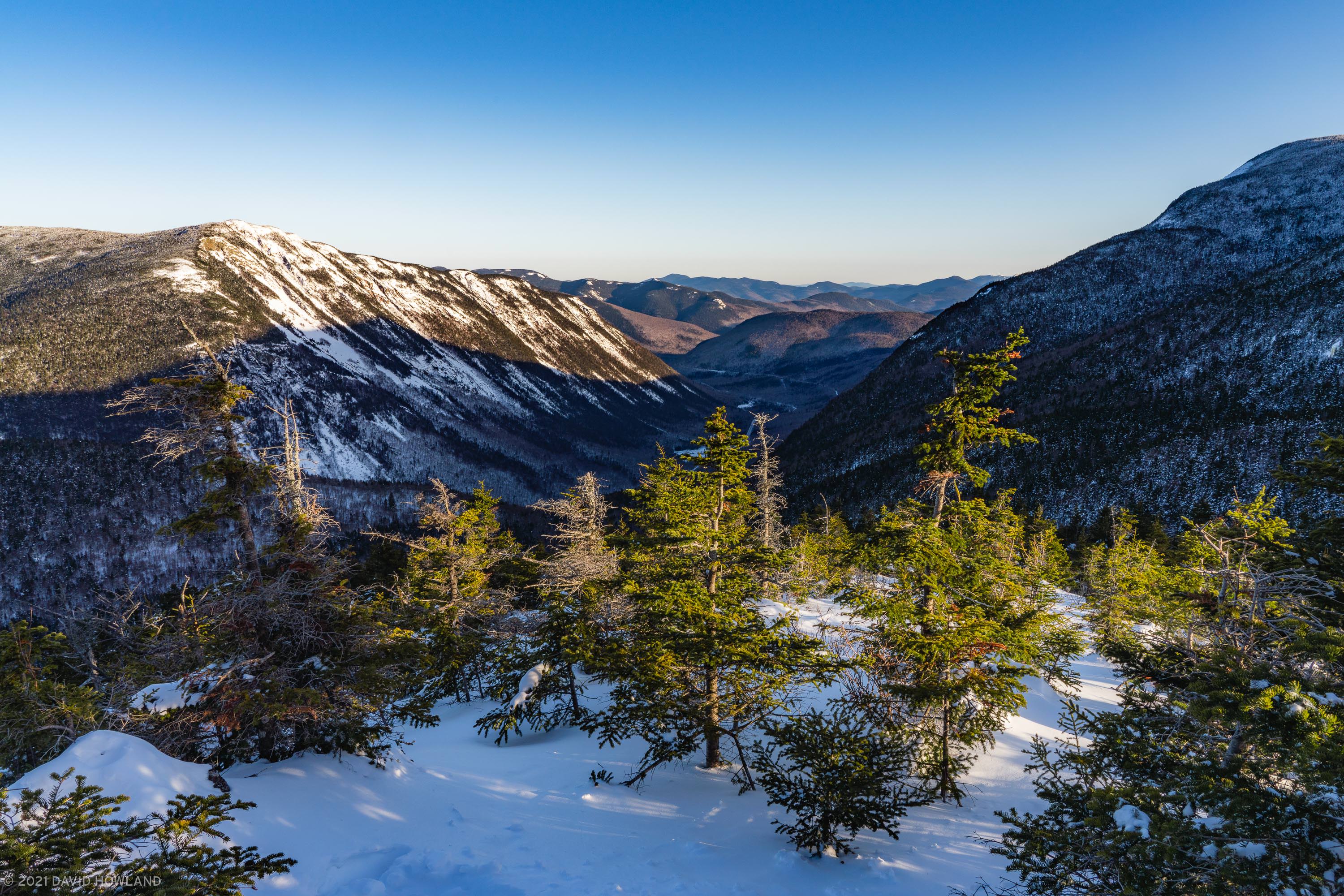 As the sun sank towards the horizon, the peaks of the Presidentials began to glow and a nearly full moon rose over the shoulder of Mt Pierce. 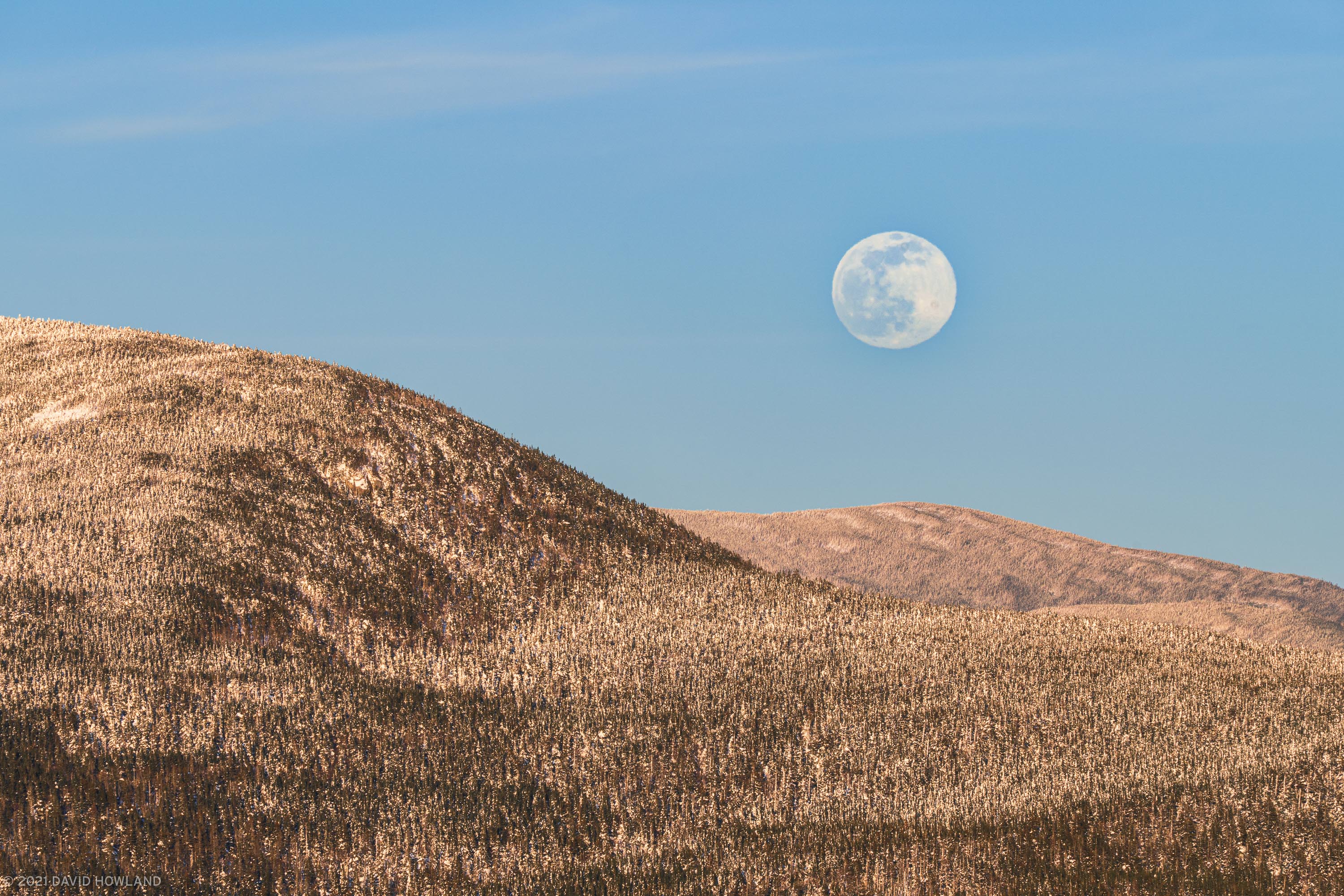 The sunset and alpenglow didn’t last very long and I scampered around the summit area trying to find a composition that I liked without leaving too obvious tracks in the snow. 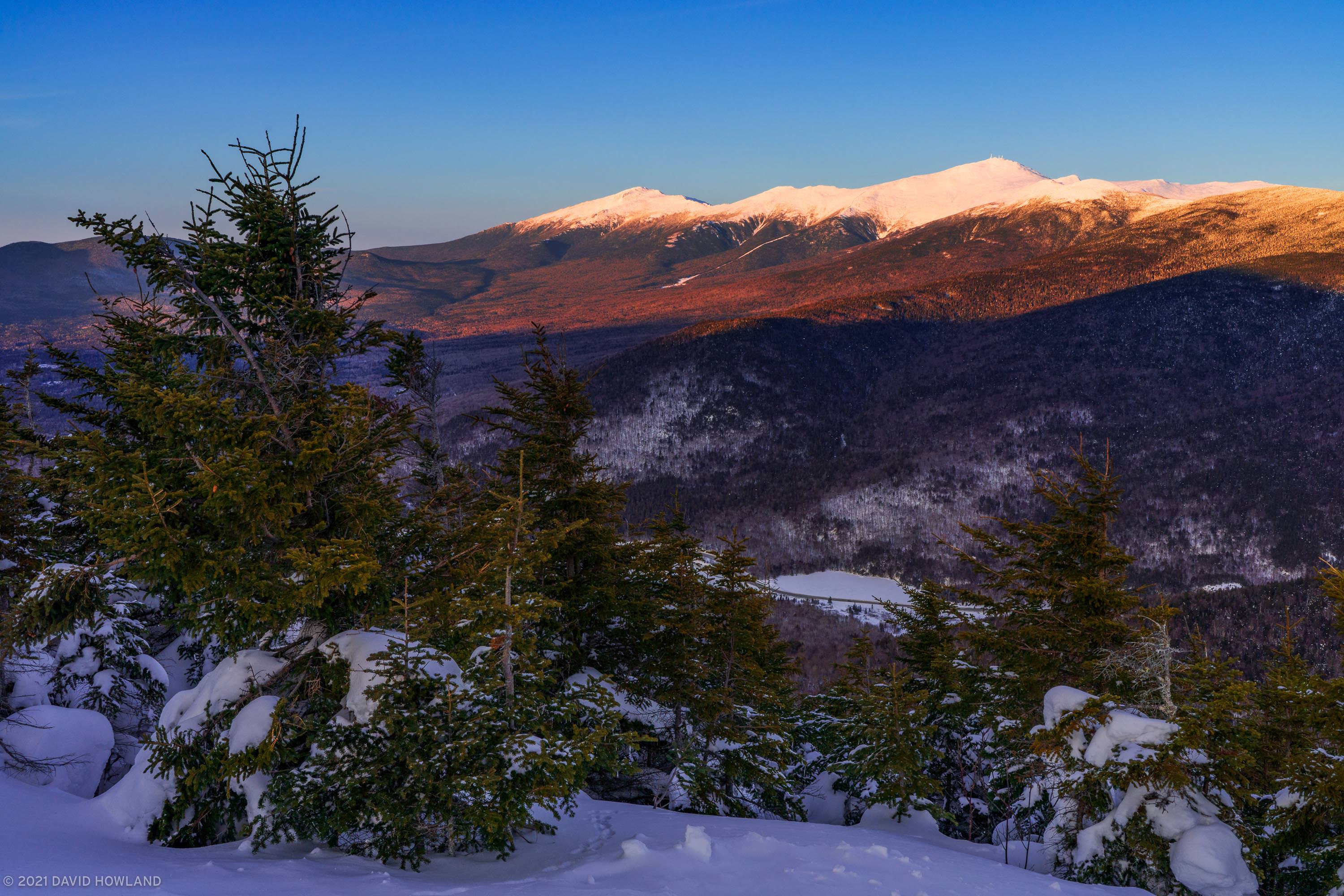 By the time the sun finally dropped below the mountains to the west I was exhausted and starting to shiver after staying in basically one spot for an hour and a half. I quickly packed my gear up and made the much easier descent back down to my car. Mt Avalon is definitely worth a return trip, maybe in the fall, for a timelapse shoot and another sunset or sunrise.

Next: Falls of Song and Shannon Brook