2020 was, to put it lightly, quite the year. Each year I try to recap the photos and trips that I’ve taken and pull out my favorites. I don’t stick to any arbitrary number and this year I ended up with 13 shots that best represent my year. Having 13 photos seems very appropriate for 2020.

Obviously, the COVID-19 pandemic upended my (and everyone else’s) plans for the year and kept me close to home from March onwards. I’m incredibly lucky that friends and family are healthy and safe so far but i can’t wait to get vaccines widely distributed and hopefully return to something resembling normal.

I also quit my job at the beginning of November to pursue photography full time. My first two months as a photographer were mostly taken up with the crazy holiday rush of orders on Etsy and my website. I’m looking forward to taking more photography trips around New England when and were it’s safe to do so.

In February I hiked up to Artists Bluff after a day of skiing at Cannon Mountain. My plan was to get a good view of the fireworks scheduled for just after sunset. On my way to Bald Mountain for the fireworks I stopped at Artists Bluff and watched the sunset. The peaks of Franconia Ridge were covered in snow and the few clouds scudding by picked up the sunset light beautifully. 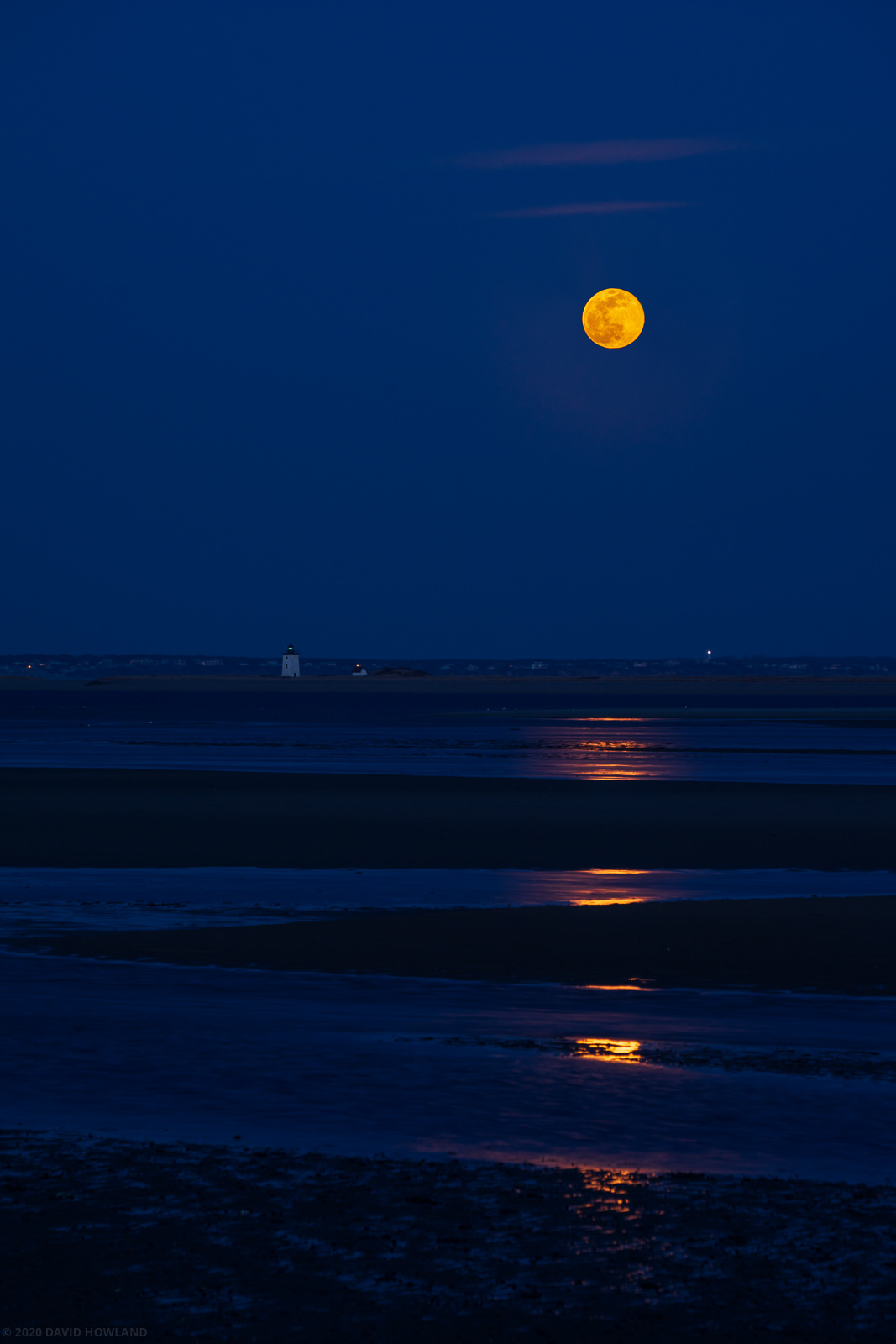 In early March, just before the world shut down for the COVID-19 pandemic, I finally succeeded in matching up good weather and good planning at Long Point Lighthouse in Provincetown. The full moon in March was a “supermoon” and I had planned out exactly the spot on the Provincetown breakwater where I could watch the moon rise behind the lighthouse. For several moonrises in a row I’d been stymied by bad weather or mistakes in planning where the moon would rise but in March I nailed it. 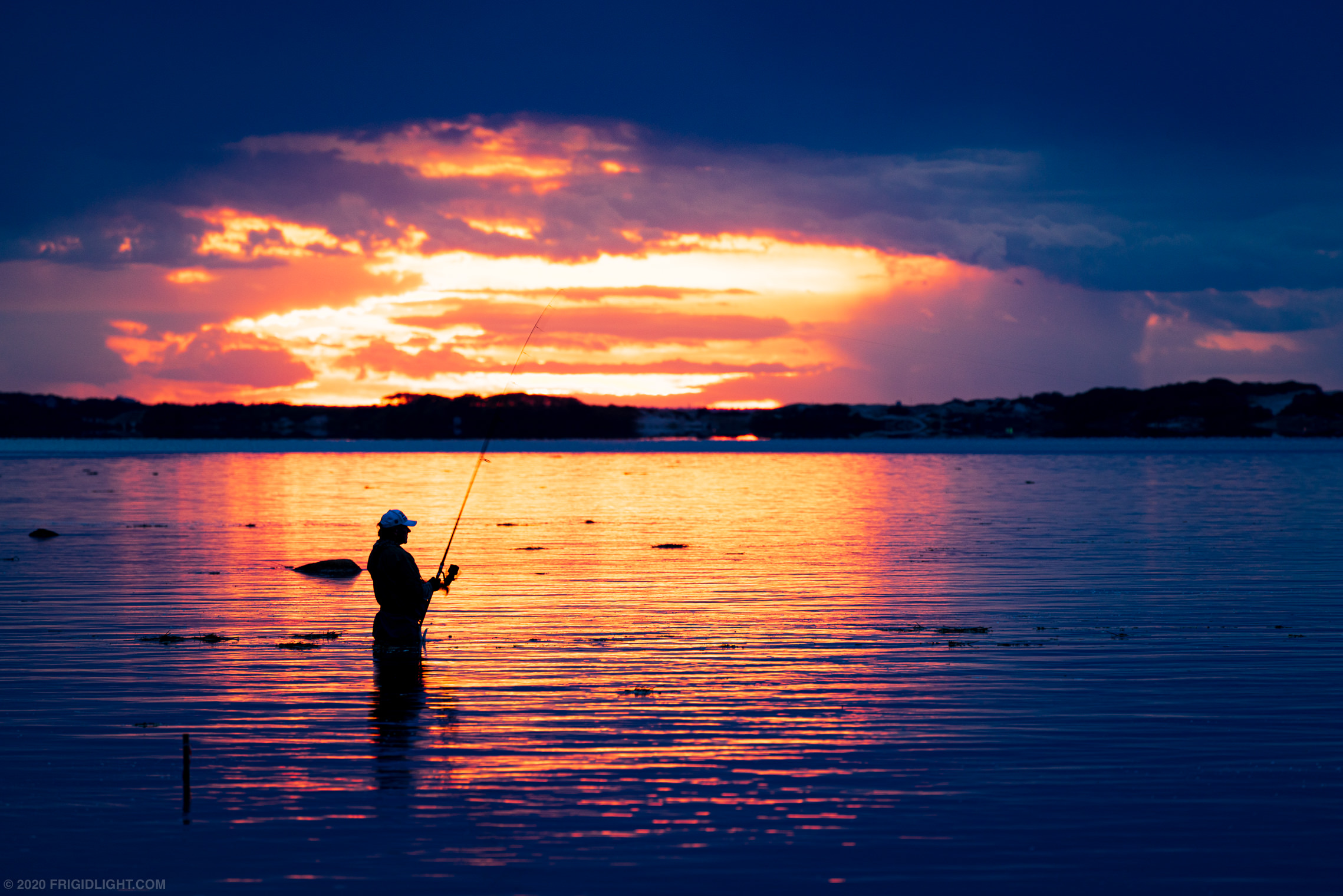 There’s nothing particularly noteworthy about this image but it’s one of my favorites from the year. This trip to a public landing in Barnstable was the first time i got out for a sunset during the summer and the color in the sky was incredible. I love the blue and orange light on the water and the silhouette of the fisherman standing in the bay. 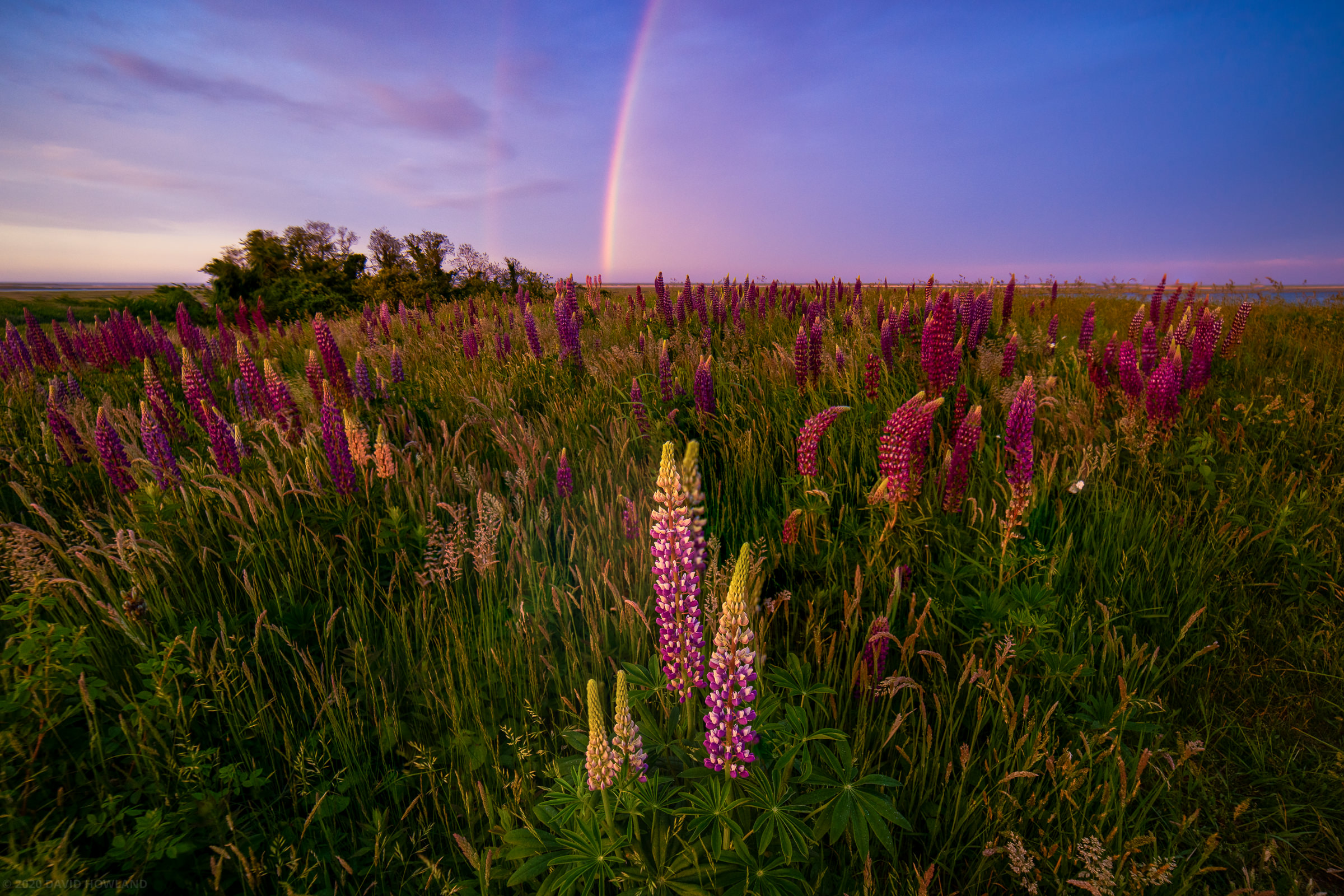 This photo, on the other hand, is pretty remarkable. Normally in June I would head up to Sugar Hill, NH for the Lupine Festival in the White Mountains. This year that was out of the question so I stayed on Cape Cod and drove out to Fort Hill in the Cape Cod National Seashore.

Fort Hill has a field of non-native lupines that bloom in early summer each year. The only free evening that I had to drive out there was forecasted to be rainy and windy but I decided to check it out anyways and I’m very glad I did. I got rained on all the way out to Eastham and while I was setting up my tripod and camera. As soon as I turned on my camera to take the first photo the rain stopped and a brilliant rainbow started to glow in the sky from the horizon straight up. As sun set behind the departing storm clouds, the whole field almost seemed to glow. It was truly a beautiful evening at Fort Hill. 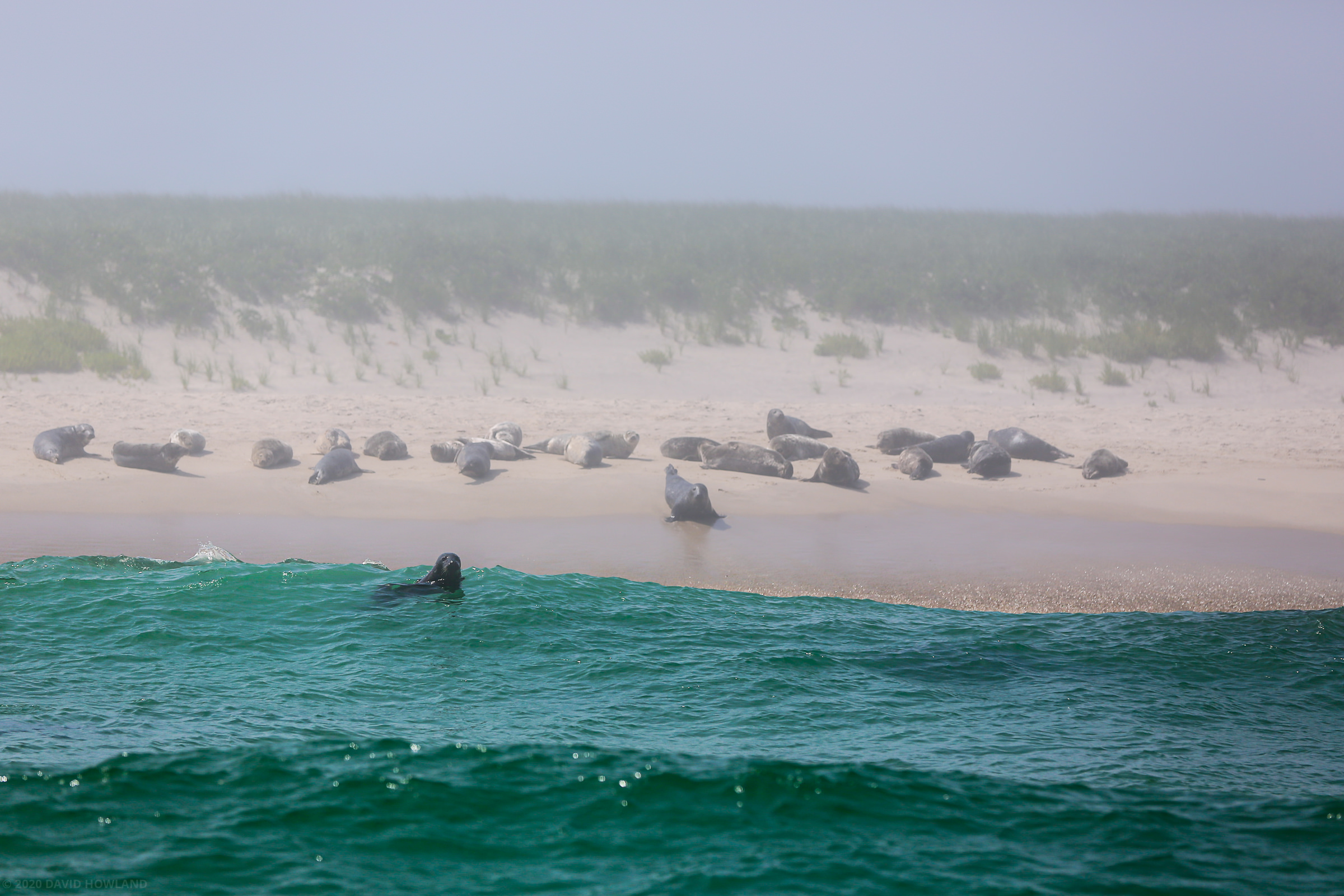 I like this photo because of how different it is from my usual work. I don’t photograph a ton of wildlife and I don’t spend much time out on boats. This photo is of wildlife and was taken from a boat off the coast of Monomoy Island. This inquisitive seal splashed into the water to check us out and followed us along the beach for quite a while. 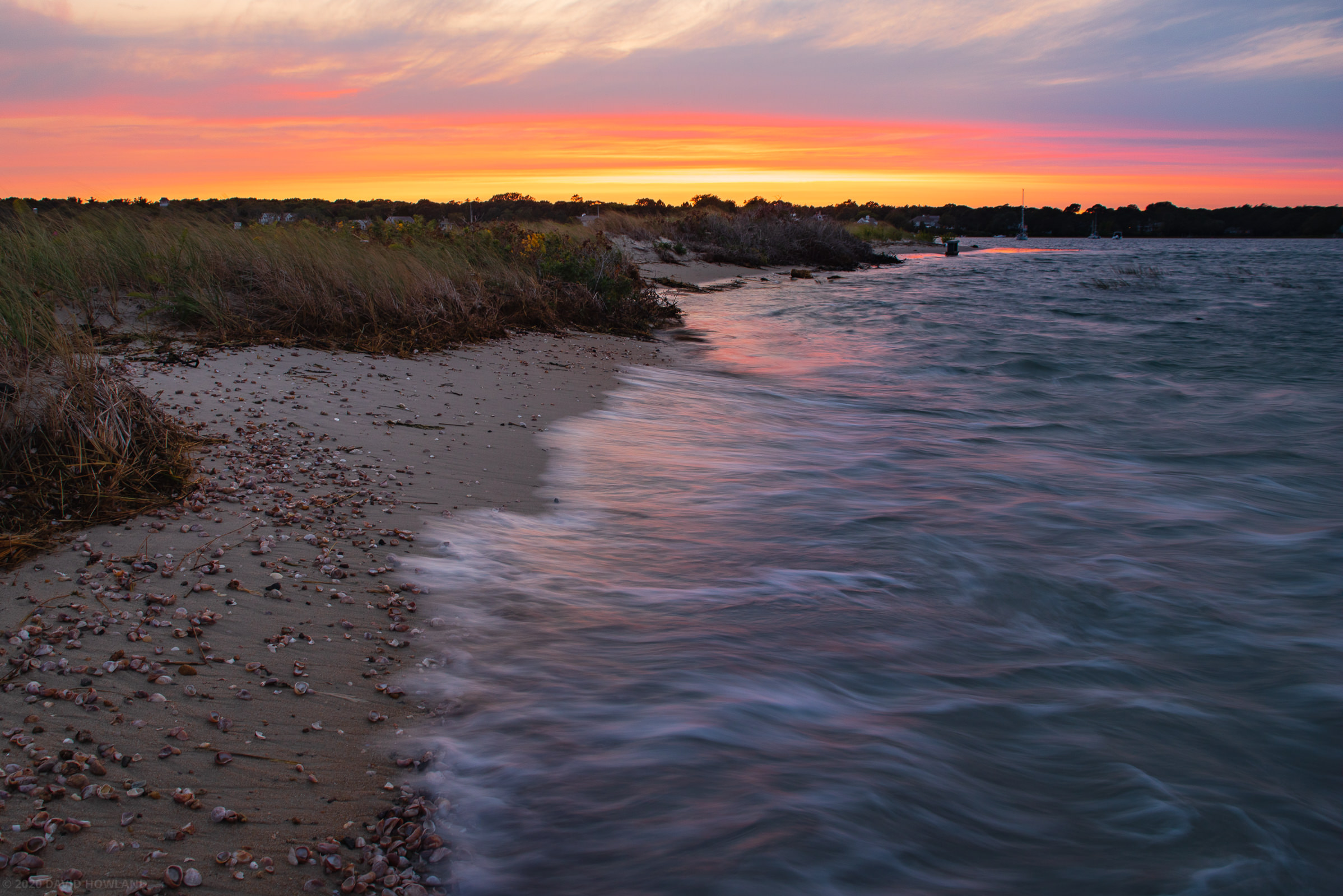 I took this photo in September at Dowses Beach in Osterville. The tide was wicked high and almost swamped the parking lot. I love all the seashells washed up against the beach grass in this photo. As the waves crashed in, the shells made a whooshing noise as they rolled up and down the beach. 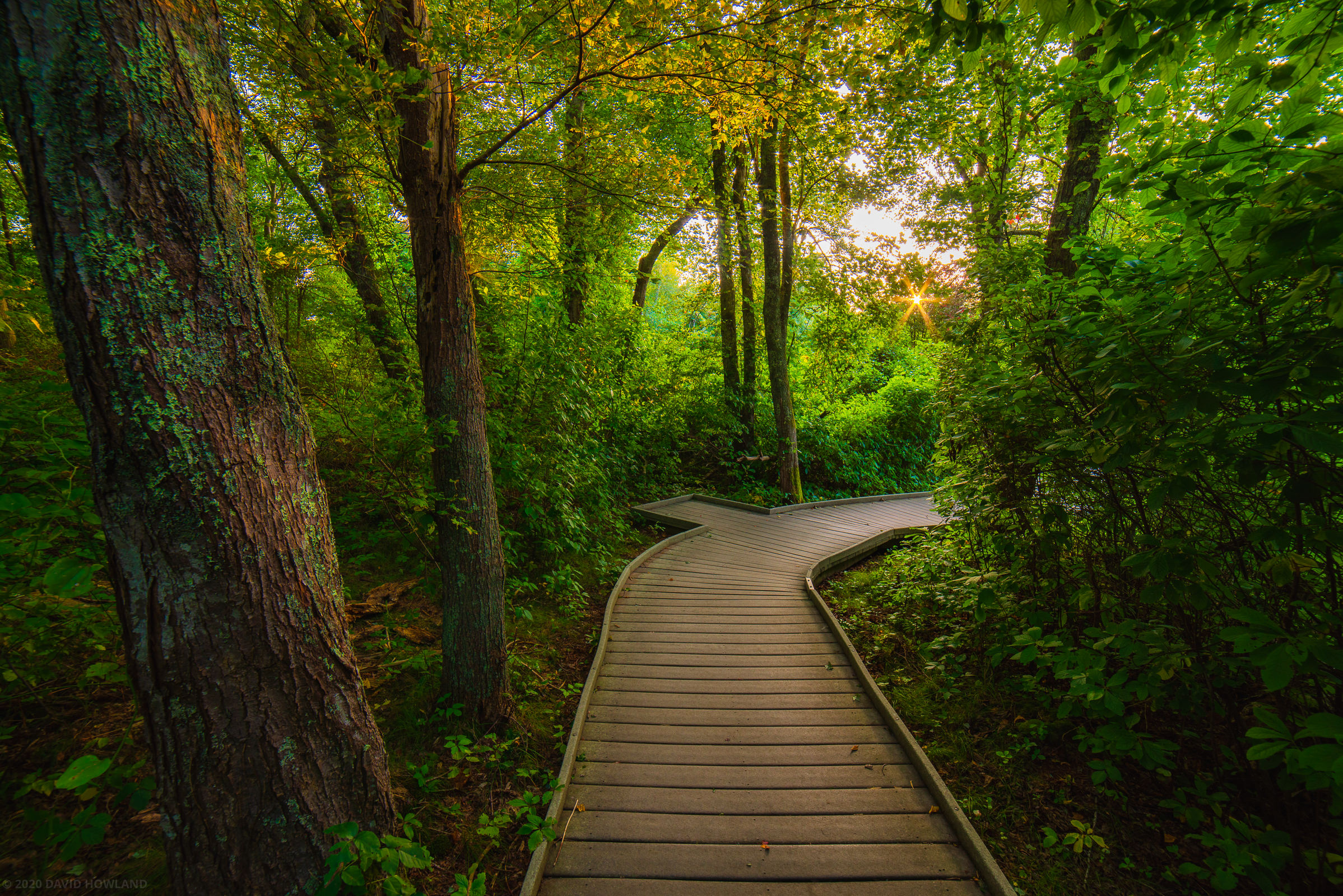 This photograph is a great example of snatching success from the jaws of defeat. I completely misjudged how far along the fall foliage would be on the Outer Cape and drove out there for sunset excited for fall colors. Instead, I saw tons of lush green summer foliage. I still walked the Red Maple Swamp Trail loop and was excited to find this scene of the sun setting through that lush green foliage over the boardwalk.

Fall Foliage at the Basin 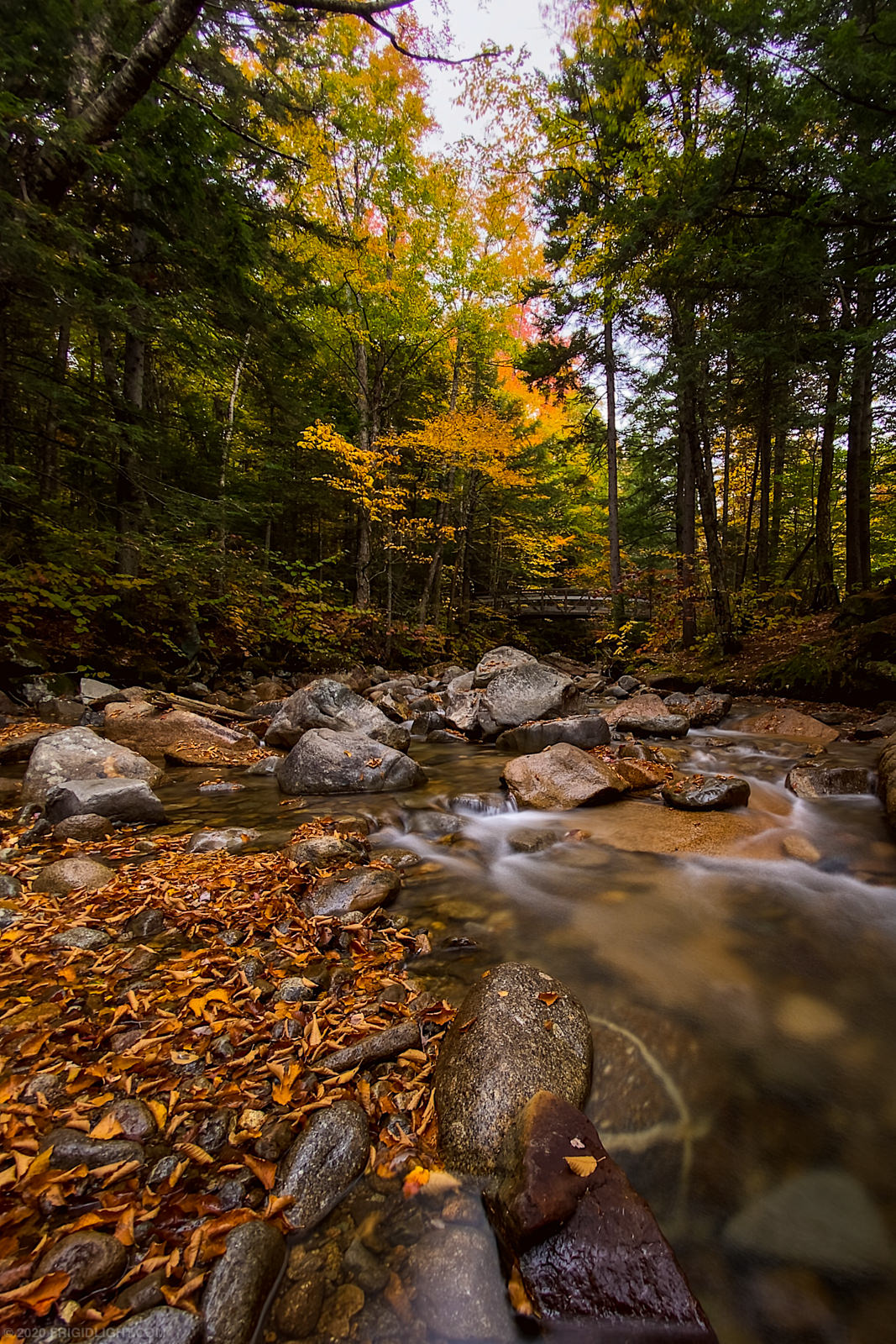 I was not prepared to take this photo. I drove up to New Hampshire in late September thinking I was going to be checking out a house quickly and then turning around to drive home for a meeting. Instead, my meeting was cancelled and I found myself with a free afternoon in the White Mountains. This photo is of foliage above the Pemigewasett River at the Basin in Franconia Notch State Park. I took it on my iPhone and was really impressed with the image quality of a handheld phone photo. You can see more photos from this day here: Fall Foliage in Franconia Notch. 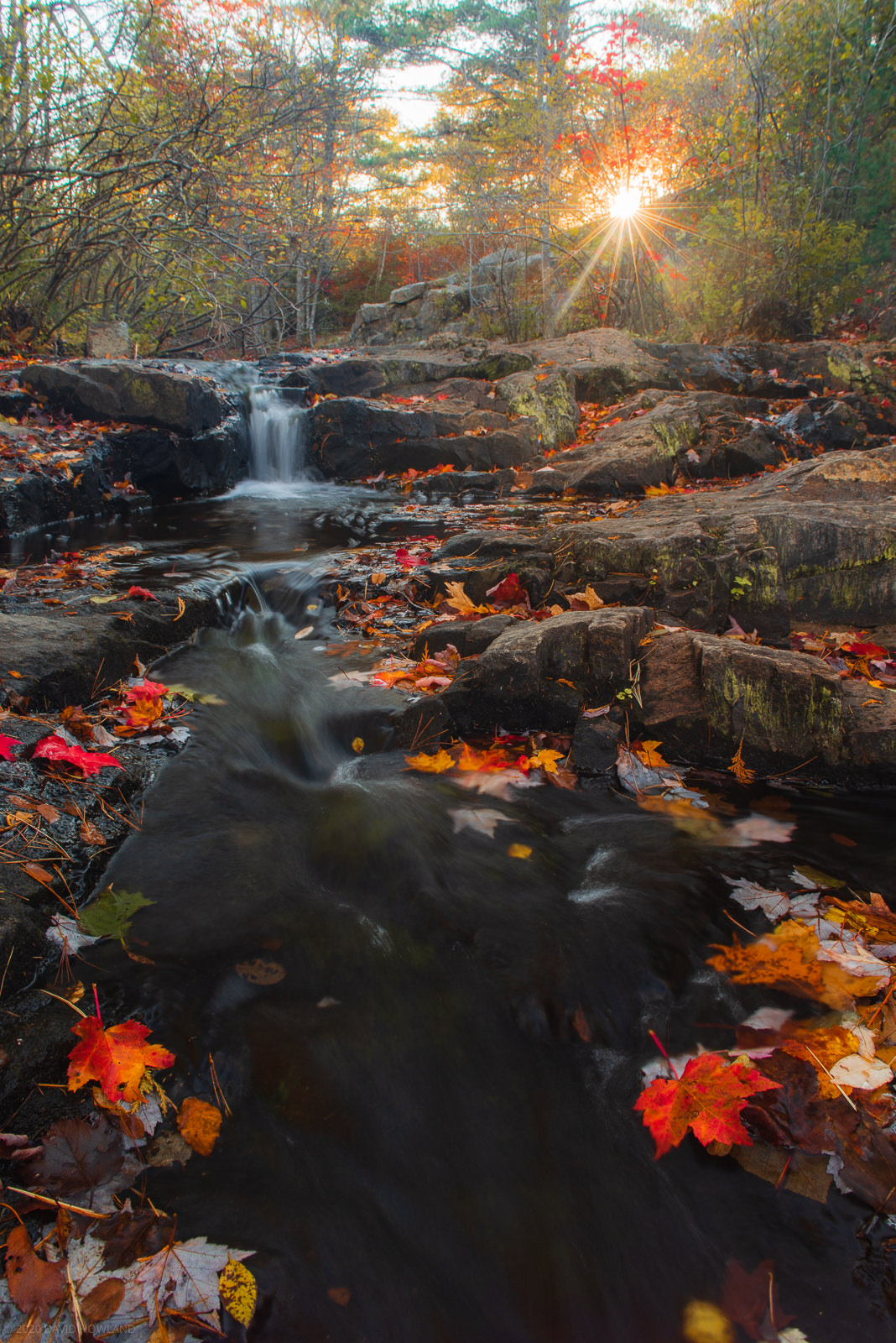 These next two photos were both taken in Acadia National Park in October. This was the last trip outside of Massachusetts that I felt comfortable taking in 2020 as COVID-19 began to spread more aggressively again. This photo is upstream from Duck Brook Bridge. I like the vibrant reds of the foliage in the brook and the sunstar from the sun setting behind the trees. 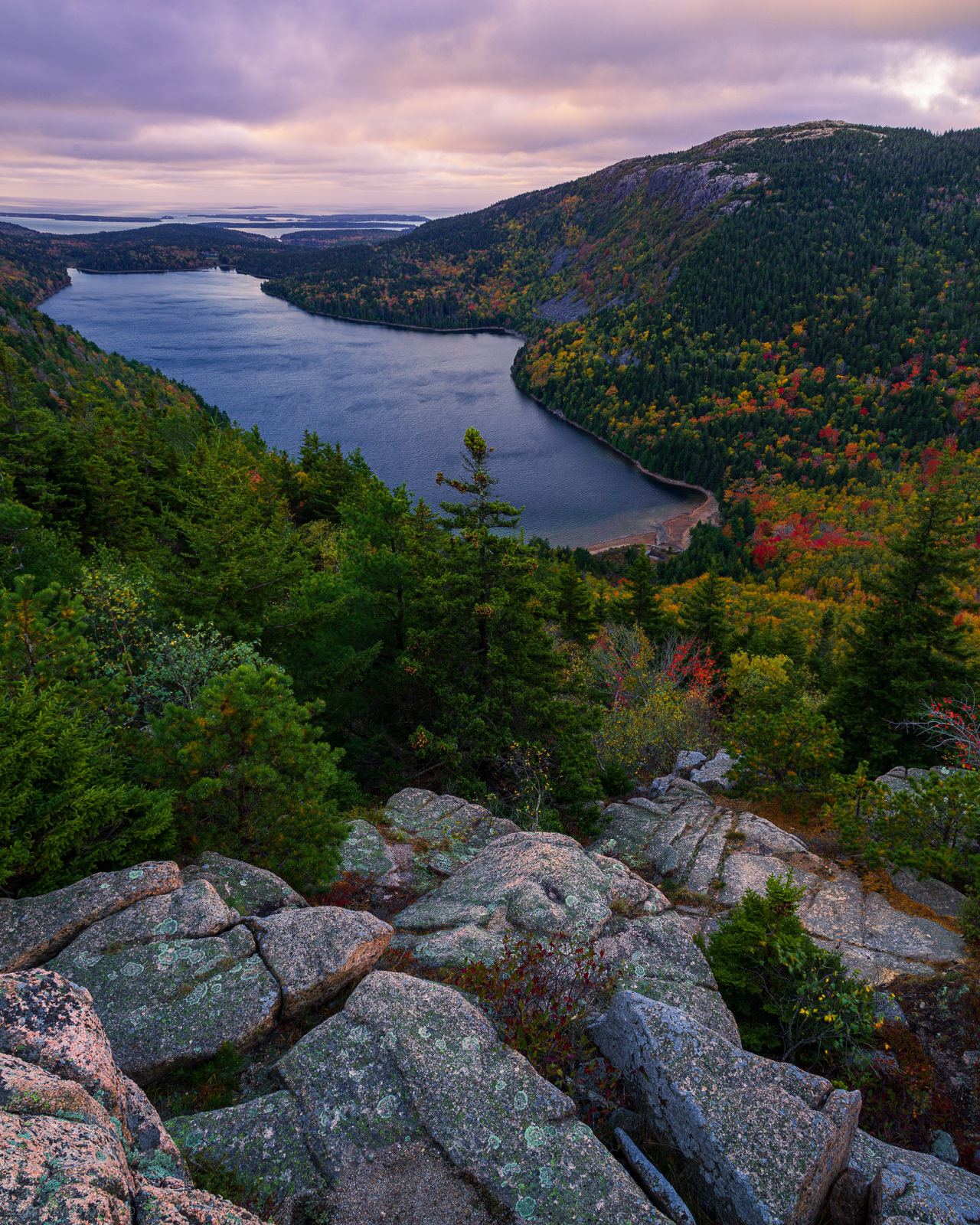 I took this photo of sunrise over Jordan Pond from the top of North Bubble at sunrise. My parents and I hiked up in the dark to the rocky outcropping of North Bubble and, although the actual sunrise itself was lackluster, golden hour just after sunrise was beautiful. The indirect light from the rising sun picked up purple hues in the clouds and the golden yellows and reds of the foliage below.

This might be one of my favorite photos. I took a day trip to New Hampshire and stopped north of Franconia Notch for sunset. The peaks of the Presidential Range had gotten a couple inches of snow earlier in the week and I was pretty sure the sunset would yield some alpenglow. I froze my fingers for half an hour or so waiting for sunset but was rewarded with a great display of alpenglow and a nice golden sunset as well. 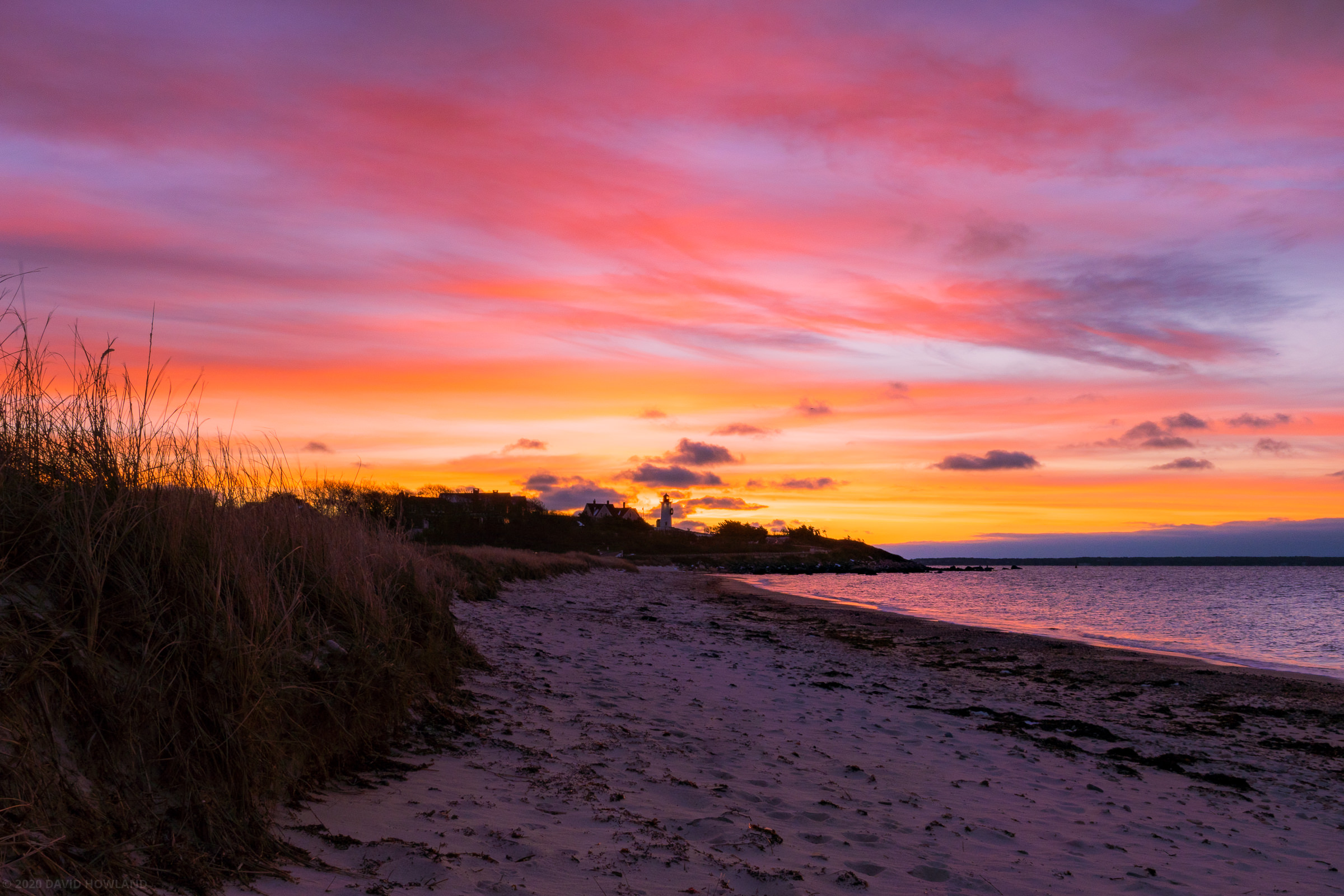 I always try to make it to Nobska Lighthouse for sunrise at least once in December. The sun lines up nicely behind the lighthouse along Nobska Beach and the winter sunrises on Cape Cod are almost always fantastic. This year was no exception. 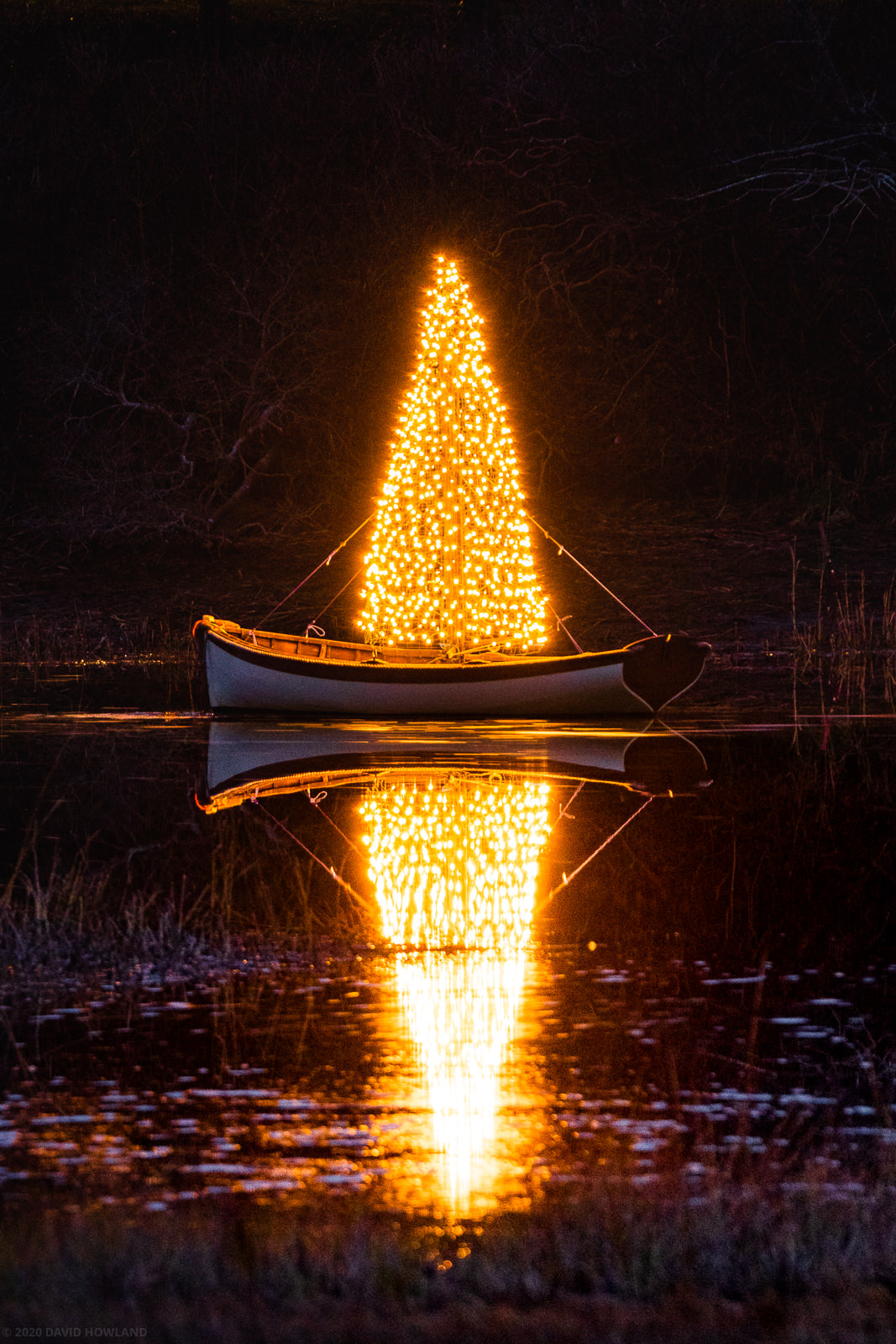 This is a photo I’ve been wanting to take for quite a while. Every year a few dinghies with lit Christmas trees in them pop up around Cape Cod and the South Shore but I never seem to be able to find them myself. I posted a question on Instagram this year and a friend clued me in to this boat just down the street from my house! I went two nights in a row but I think this is the best photo I got. 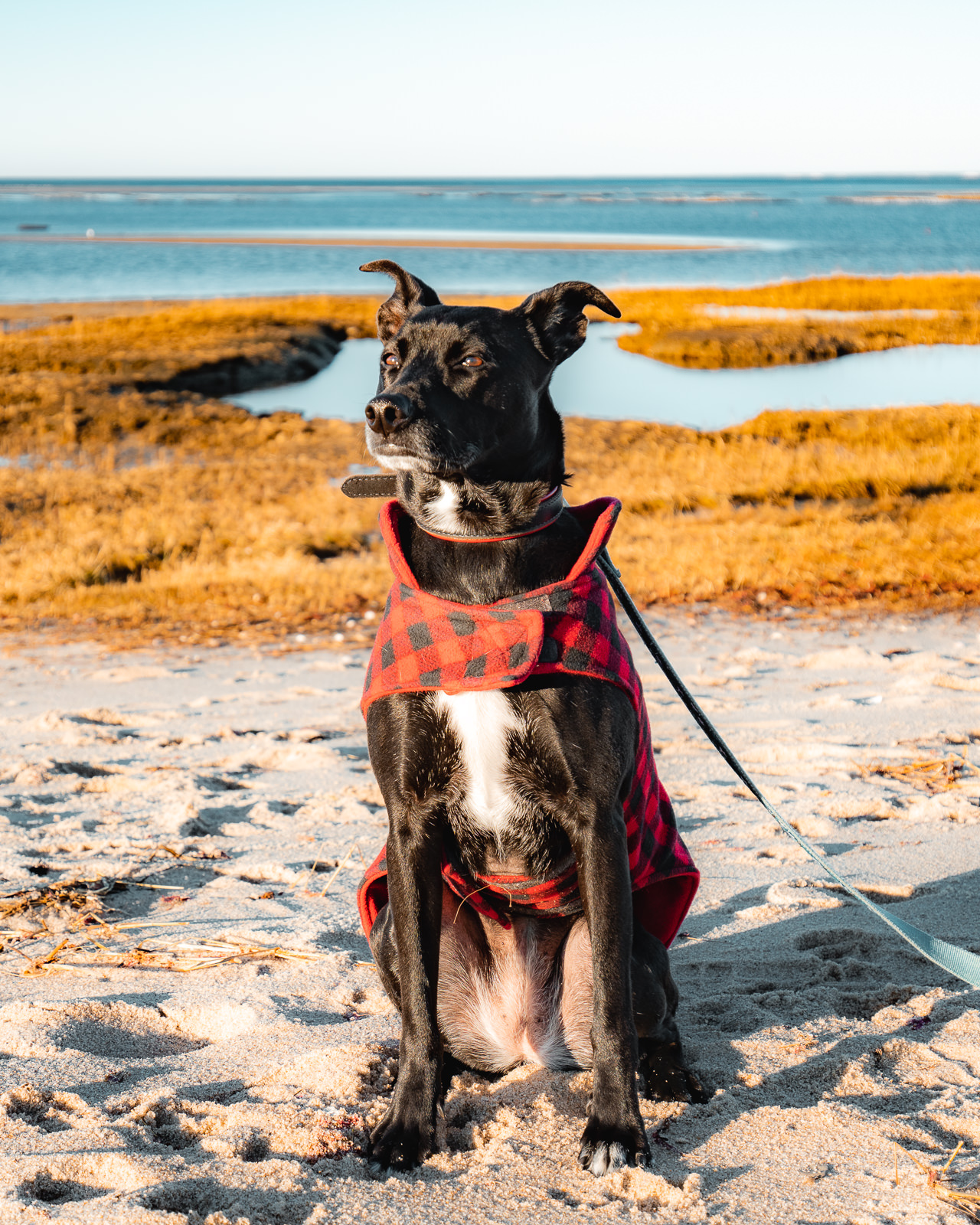 If you got this far, here’s a picture of my dog Penelope taking her trip to the beach very seriously. I think there was a seagull flying around that she felt a serious responsibility to keep an eye on.

Next: Sunset at Lonesome Lake